How can we help you today?

A Baseball card signed by a player, a film poster by an actor, or a figure by a designer is a Database Item in its own right and we add them as a Subvariant to the not-signed item. Here is an example - 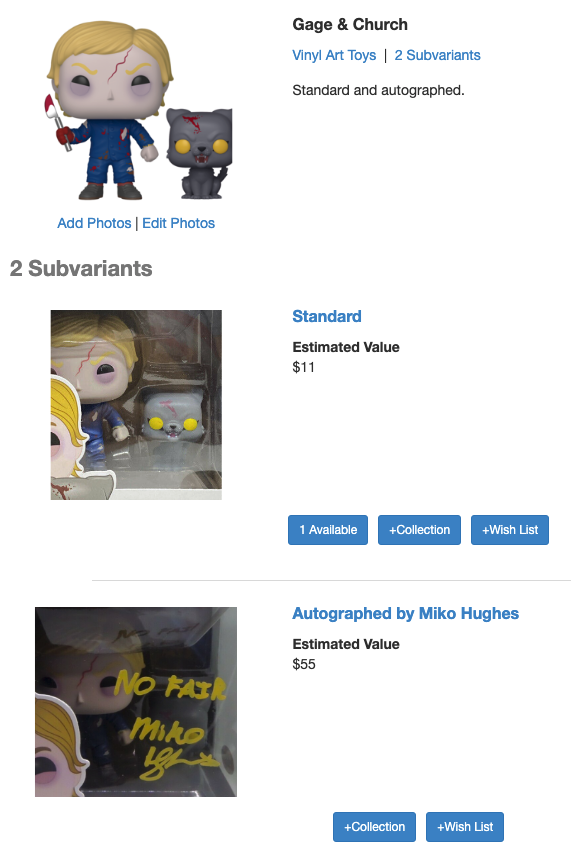 We do not differentiate between the position of the signature, the color of the pen or what is written and there is only on Subvariant entry for any logical signee (so for a character his designer, an actor that played the character or somebody else meaningful). IF there is a limited run of signed items with their own branding (say in the form of a sticker) then those will get added as a separate Subvariant.

More about how to add Subvariants here.

Did you find it helpful? Yes No

Send feedback
Sorry we couldn't be helpful. Help us improve this article with your feedback.
​​